RESPECT. Midwest Native, Young Thunder Returns With, “She Can Lay It Down.”

Thugs need love too. You heard 2Pac and every other rapper who ever laced a mic say it over the years. It’s a concept that’s allowed for some of rap’s more grungy voices to be accepted in the mainstream — Ja Rule, I’m talking to you — by gracing them with angelic singers like Ashanti on hooks. It also allowed for those who didn’t have such intolerable tones to eat up the pie themselves. After releasing his infectious debut on the RESPECT. Magazine pages, Fort Wayne native Young Thunder is back with his vibey new track, “She Can Lay It Down.”

Sticking to a melodic flow that surprisingly compliments his deep tone, Young Thunder lets off bars about an insecurity that cripples him from emotional connection, though not physical. It’s a solid single in preparation for the February 2nd release of his project, Synced. With his entertainment and clothing company, Street Philosophy firmly behind him, the sky is the limit for the Midwest representative.

Check out, “She Can Lay It Down” below and be sure to lookout for Synced, out next month.

Young Thunder is an Independent Rap Artist and Songwriter with the ambition to work his way up in the business world, music industry. He proclaims the reason for coming up with the name "Young Thunder" is because he wants his music to be heard, just like a thunderstorm. 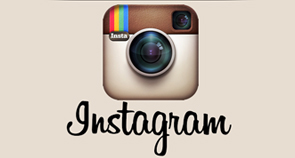